Welcome to the second post in a regular series where we're going to be inviting members of our team to talk about One Cool Thing (not necessarily from games) and if/how it influences/reflects on their work. While we're not able to talk about the exciting things we're working on right now, we hope this will be a nice little series of introductions to the interests & practices of our excellent new team. Here we have an entry from the wonderful Ben Wilson.

Lately, having spent the last several months living alone in pandemic isolation, I’ve been thinking a bit about how I've come to appreciate leaderboards as a social element in games, and how my relationship to them has changed in the context of 2020. It’s pretty easy to see the appeal of leaderboards in a broad sense; it can be fun to measure yourself against a bar set by someone else’s performance, and yes, it does feel great to indulge in the tiniest bit of smug satisfaction you get from seeing yourself at the top of a list. But outside of that, I think that leaderboards are also a really cool structure for experiencing a game with friends in a passive asynchronous way.

My Steam friends list is an unorganised mess of personal connections spanning the last 15 years; a catalogue of people in my life who I’ve known from school, university, workplaces, and various online communities. It’s a varied mix of folks; the friends and family I check in on regularly, the acquaintances I wish could keep more in touch with, and the people from long-dormant friendship circles whom I haven’t spoken to in over a decade. So when I’m playing a game and the leaderboard screen pops up, I’ll see a handful of those familiar names and, on occasion, I’ll linger on one of the names and think about what that person might be up to. I’ll take a moment to wonder: “when did I last see this person? Was it at a wedding? I hope all is well with them.” It serves as a tiny source of comfort in the midst of isolation that the people I’ve crossed paths with still exist out there and are living their lives, pausing briefly to take comfort in a video game, just like me.

I’ve mostly shifted away from online games so I miss out on that as a social outlet, but the leaderboard structure is able to turn some of my favourite solo games into shared experiences. Earlier in the year I used the Spelunky Daily Challenge ¹ as an excuse to spend a little more time with a pair of friends I’ve become otherwise distant from in recent years. Every evening, each of us would play our run (a ritual that takes anywhere between two minutes and half an hour, depending on your fate that day) and then after finishing, we’d relay the highlights to the rest of the group in a shared chat; commiserating each other on clumsy losses and cheering at triumphant successes. We’d keep an informal tally of who was placing highest on the leaderboard, and I enjoyed the friendly competition of that, but that was never the draw of it for me. For me, the best part was the comfort and routine of the ritual itself. Gathering around a shared thing every day felt like a replacement for the small, unremarkable but altogether pleasant social encounters I’d have on a regular basis with the people around me in a pre-COVID world.

I’m currently in the process of trying to convince another set of scattered friends into a “leaderboard club” playthrough of Opus Magnum; a game which, incidentally, I particularly admire for its approach to open-ended puzzles and leaderboards. I’m looking forward to it. I appreciate leaderboards not only as a fun competitive mechanic, but also as a structure that helps me to feel a little bit more connected at a time when I’m my least outwardly socially active self.

1. A bit of trivia: Die Gute Fabrik co-owner Douglas Wilson is co-credited as having come up with the concept of the Daily Challenge back in 2012; which, after being featured in Spelunky HD, became a staple feature of indie roguelike games! 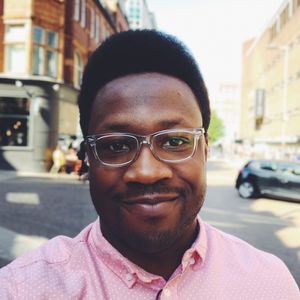